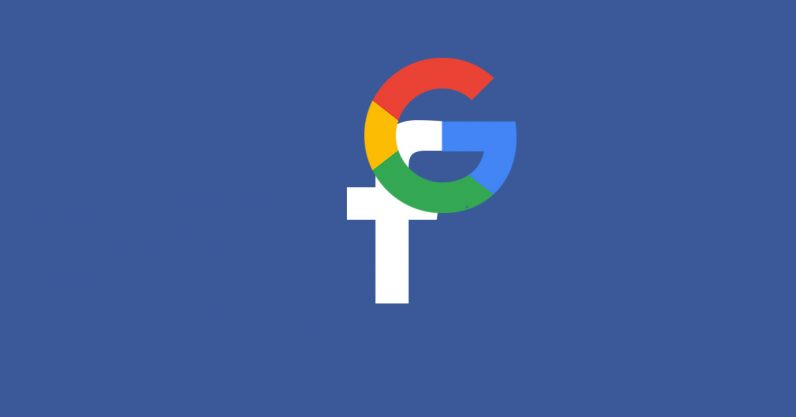 For the first time in five years, Google has snatched the reins from Facebook to become the world’s top publisher of mobile apps – sort of.

In the last quarter of 2019, Google amassed close to 850 million downloads compared to Facebook’s nearly 800 million, according to data from app intelligence monitor Sensor Tower. 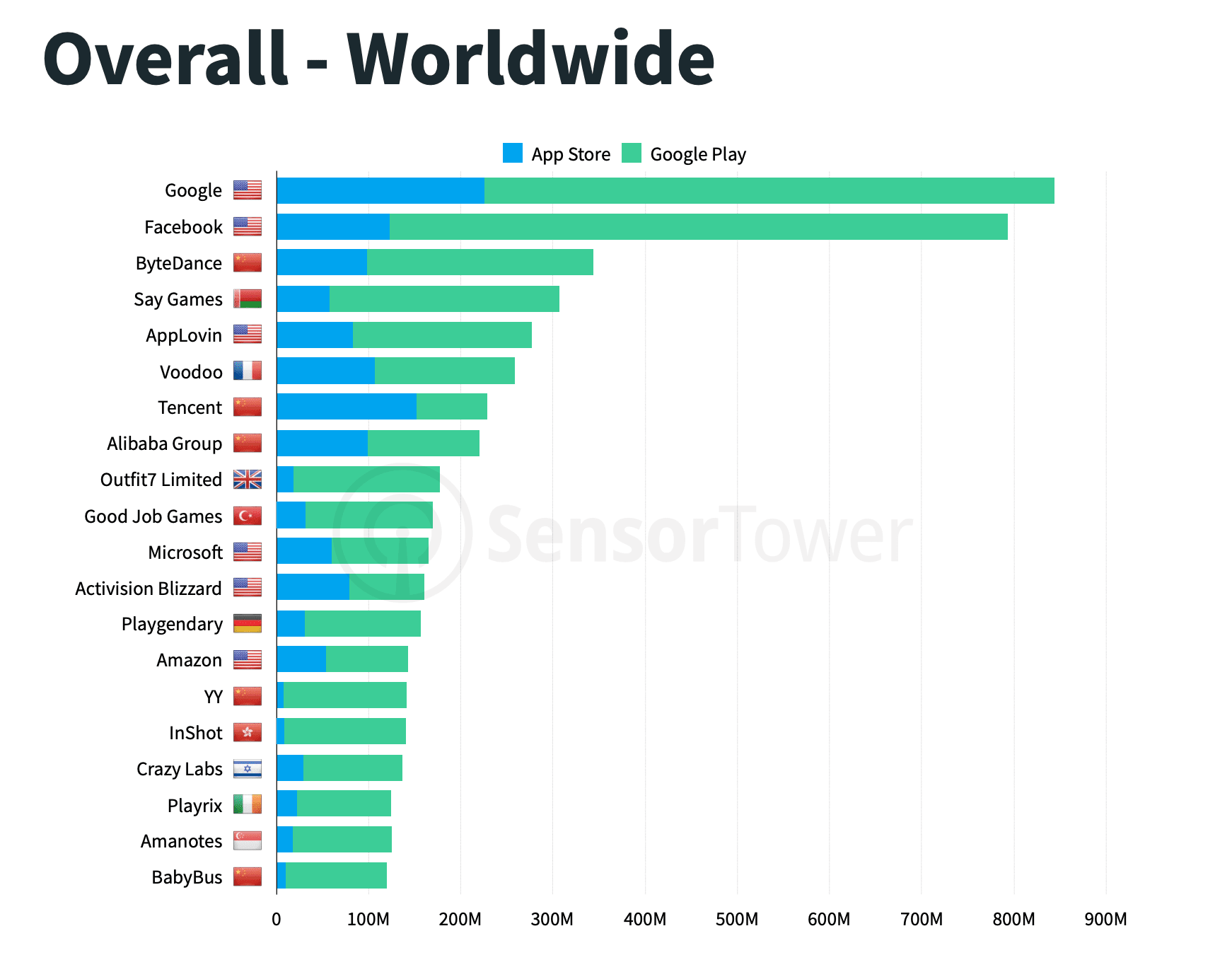 Despite this minor triumph, Google still trails behind Facebook when it comes to overall downloads for the year.

Considering that Facebook owns four out of the top five most downloaded apps worldwide (including WhatsApp, Facebook, Instagram, and Messenger), that doesn’t come as a huge surprise. 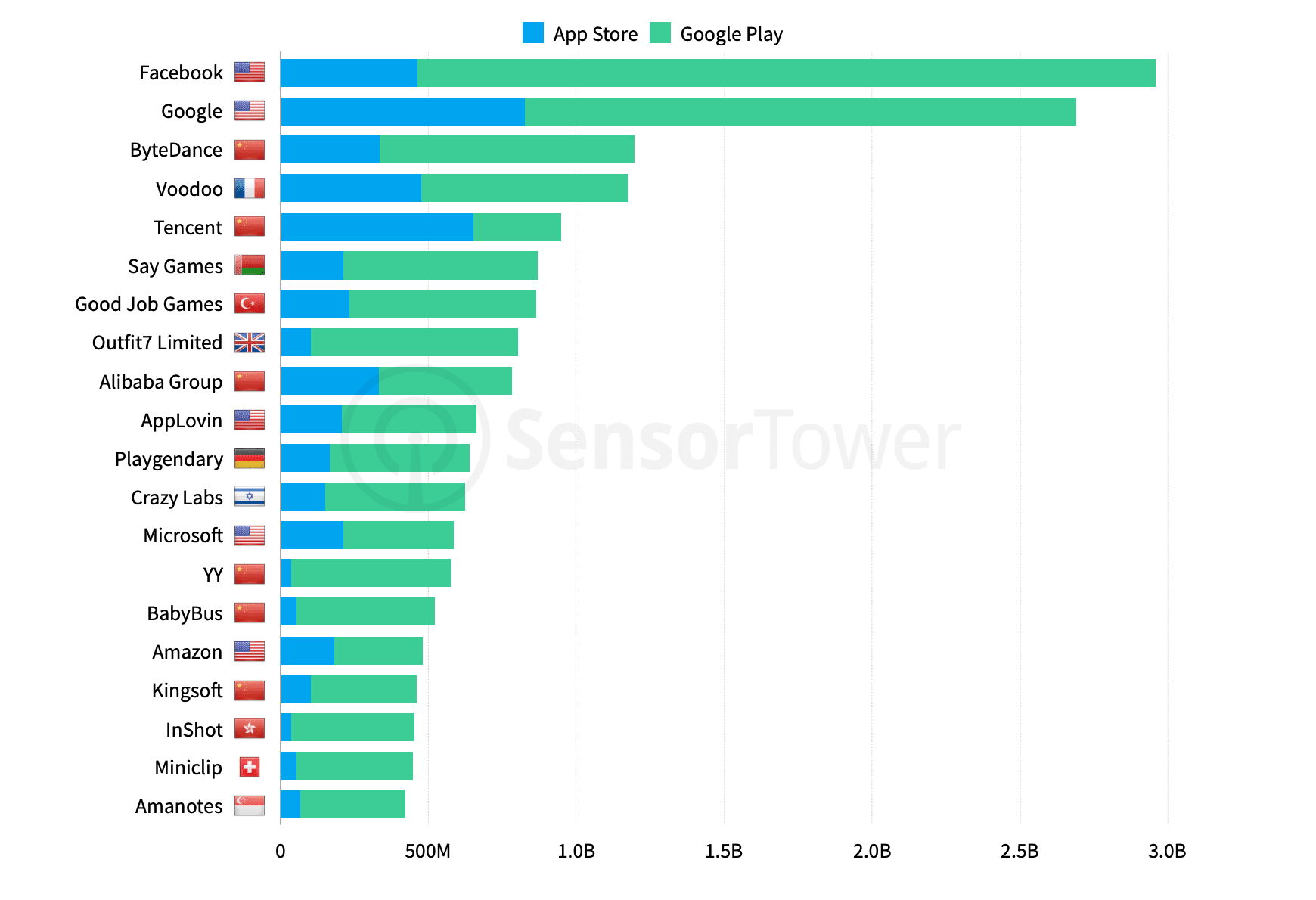 There’s been little movement in the top five most downloaded apps over the past four years, with WhatsApp, Facebook, Messenger, and Instagram dominating the charts. In 2019, however, ByteDance’s TikTok managed to climb two positions to the runner-up spot, displacing Messenger and Facebook.

Outside of the top 10, Disney’s on-demand streaming service, Disney+, was one of the biggest gainers of 2019.

Shortly after entering the app market in November, it claimed 34 percent share of the on-demand streaming market. It also accumulated over 30 million downloads in the fourth quarter of 2019 and over $50 million in revenue in its first 30 days. Pretty wild, factoring in its bumpy start. 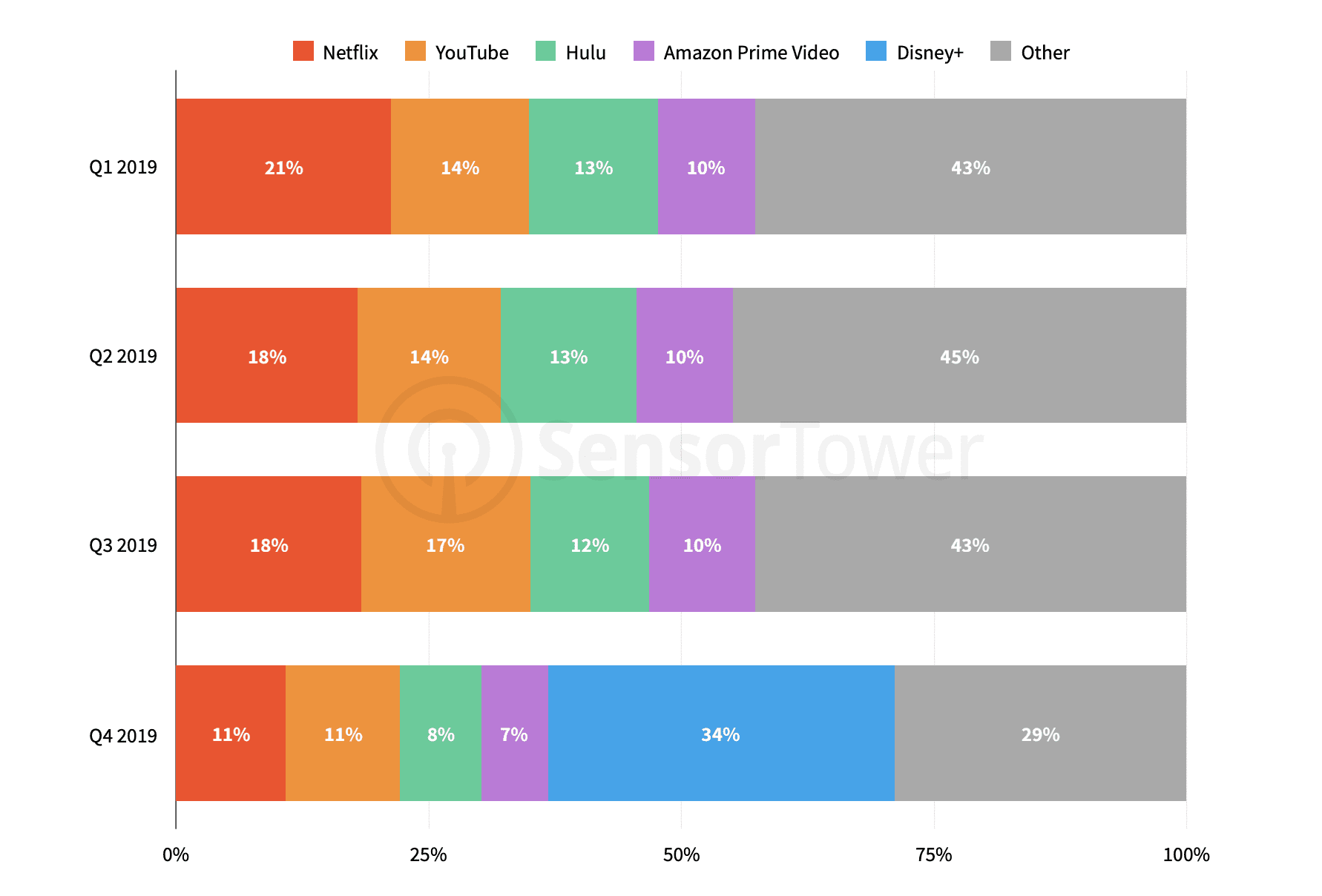 I guess people do love that stupid Baby Yoda, after all.