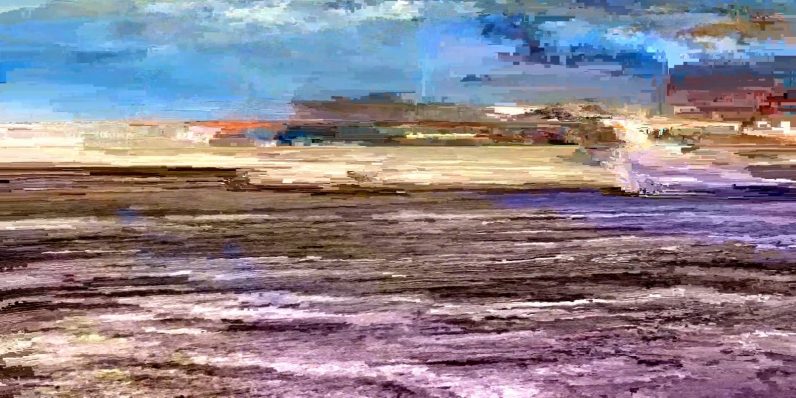 A Twitter bot is turning random YouTube glitches into a form of art – specifically, ultramodern Monet paintings, or ultra-Monet, if you will.

Have you ever watched a YouTube video and noticed an odd grain go across the screen while someone moves? Or, as I refer to it in moments of frustration, the screen goes all “pixel-y?” That’s from “datamoshing,” where missing data in frames causes moving images to turn odd colors and move over each other. It’s a little complicated to explain, but it’s easy to recognize the phenomenon when you see it.

The Twitter bot, created by programmer David Kraftsow, creates datamoshed images from YouTube videos and tweets out the altered images from the account “youtube artifact.” The result is a gallery of bizarrely beautiful images.

In some of the tweets, the source is obvious, such as this image from Ellen Degeneres’ show:

Other times, they take on a haunting, disembodied quality, as if you’re looking at people lost in a void:

, “I do think it’s interesting that the artifacts strike people as painterly.” I don’t think it’s a stretch to look at the unreality of such an image and compare it to the Impressionist classics, like the work of Mary Cassat, Pierre Renoir, or Paul Signac – playing with human perception is the point of the genre to begin with.

Considering how often people watch YouTube in the modern day, using distorted versions of these videos to smear the lens through which we view the world seems like the best evolution of Impressionism.