Yesterday, Twitter announced it’ll let iOS users limit who can reply to their tweets, but the company now says it was all a big misunderstanding.

While the micro-blogging service has indeed been experimenting with the feature since May, a Twitter spokesperson told https://www.theverge.com/2020/8/6/21356811/twitter-reply-limit-ios-mistake-feature-experiment]The Verge the company accidentally shared the wrong release notes for the update, adding the feature isn’t quite yet ready for a wider rollout.

“In May, we tested a new way to have a chat with exactly who you want, so you can create and consume more meaningful exchanges,” the release notes on the latest iOS update still read. “Now, everyone can try this new feature and choose who can reply to their Tweets.”

Unfortunately, that’s not yet the case. Twitter continues trialing the feature, but it’s not clear whether the testing pool has been expanded.

To make things even more confusing, it appears the company has also pushed the wrong release notes on Android.

Those select few with access to the feature can take advantage of it by tapping the box above the keyboard when composing the tweet.

There should be three options to limit replies: “everyone,” “people you follow,” and “only people you mention.” Here’s what the UI looks like: 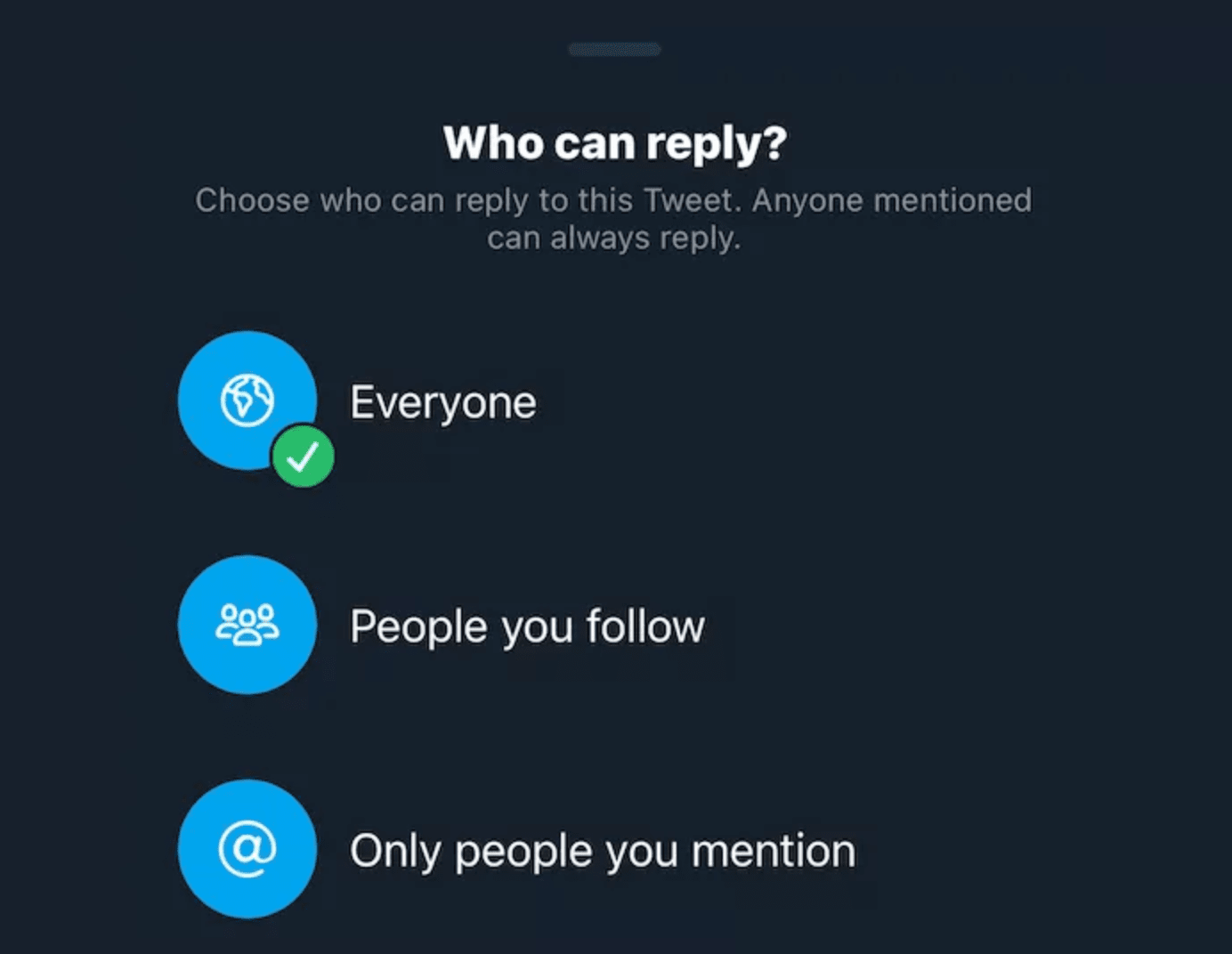 The limit reply feature falls within Twitter’s years-long efforts to curb harassment and abuse on its platform.

Previously, the service launched a feature to let users automatically block https://thenextweb.com/twitter/2017/03/01/twitter-now-lets-auto-mute-eggs-sketchy-accounts/]eggs and other sketchy accounts, the ability to hide tweets selectively, and https://thenextweb.com/tech/2019/08/16/twitter-is-testing-a-safety-feature-to-detect-and-hide-offensive-dms/]a safety net to detect and hide offensive DMs.

While many enthusiastically welcomed those features, critics have pointed out the trend to give more control over who can reply and and what replies users can see might end up stifling important conversations on the platform.