Uber will soon let you ‘favorite’ drivers (in California, at least) 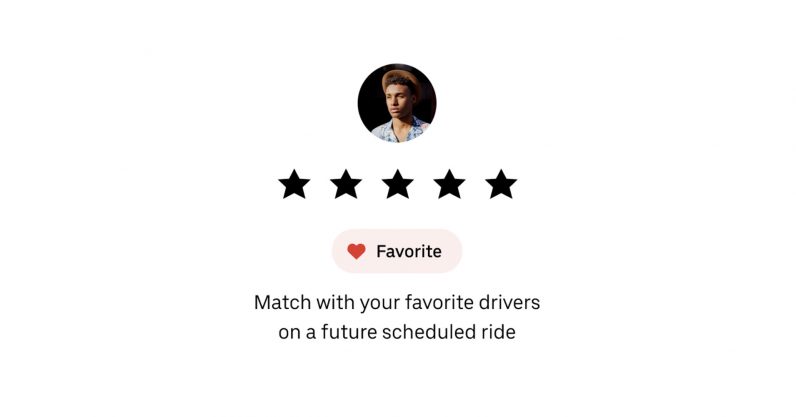 It’s not very often you get the same Uber driver twice, but the company could soon make that easier. In California, Uber now lets you set a driver as a ‘favorite’ in its app after you’ve rated them five stars. This feature was first tested in the UK earlier this year, but now appears to be expanding to other regions.

The feature doesn’t seem to do much for now other than serve as a sort of bookmark. But Uber says “in early 2020, riders will be able to request their favorite drivers when scheduling a trip in advance.” Favorite drivers will get first dibs on scheduled rides, potentially giving them a frequent customer. But drivers needn’t worry about getting stuck with an awful rider; if you give them a 1-star rating, Uber won’t match you with them again.

For riders, being able to favorite drivers allows you to ride with someone you already know and trust, potentially adding a little peace of mind if you’re scheduling an important trip.

Maybe you’ve had fun conversations, maybe you like that the driver

talk, or maybe you just like the driver’s car. Either way, it’s a welcome feature that gives both riders and drivers a little more flexibility and helps make Uber more personal.

Uber is making a couple of other changes to help drivers too. For one, drivers will finally be able to see where their passengers are going, how long the trip will take, and how much they can expect to earn from it. It’s remarkable such information has taken so long.

No word on if or when you’ll be able to favorite drivers in other regions, but we’ve reached out to Uber and will update this post if we hear back.

To California drivers: keeping you in the driver’s seat on Uber Blog [California]